Watch this animated timeline to trace the milestones of Sinai Hospital's history. 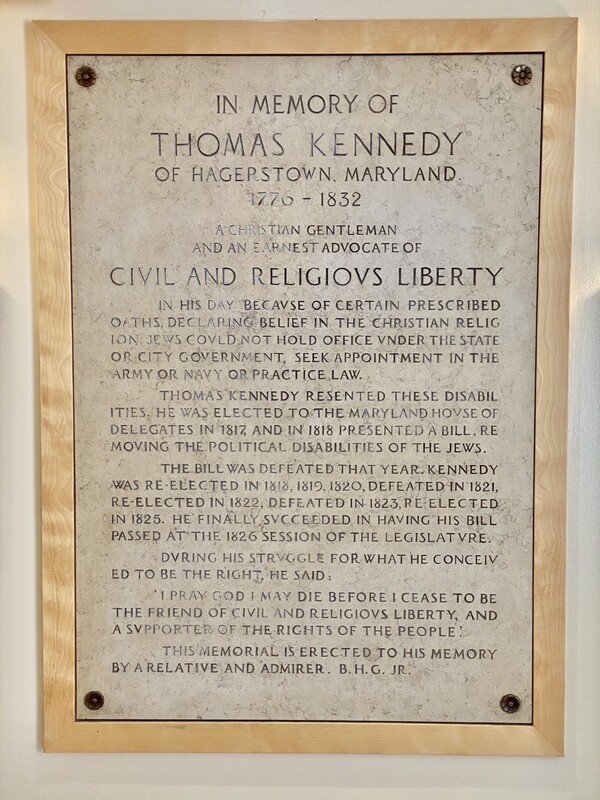 Thomas Kennedy, a Christian member of the Maryland House of Delegates, led the legislative charge to secure civil rights unafforded to Jews in America until 1826.

Like all worthwhile endeavors, Sinai Hospital of Baltimore’s history began with a struggle.

At its founding in 1631, the colony of Maryland was meant to be a refuge for the persecuted Catholics of England, but the colony eventually gained a Protestant majority. While all were technically guaranteed equality under the law, Maryland’s colonial and state governments required citizens to swear a test oath, which declared faith in the Christian religion, in order to hold public office, practice law, hold military commissions, and vote. Those who did not swear the oath were barred from these activities, severely curtailing the civil rights of Maryland's Jews.

On January 5, 1826, with the aid of Delegate Thomas Kennedy, a Scottish Presbyterian immigrant, the state General Assembly passed the "Jew Bill," which granted full civil rights to Maryland Jews.

Although Jews were entitled to their religious freedom by law, in practice many continued to discriminate against Jews precisely because of their religion, especially when it came to accessing health care and acceptance in the medical professions.

Jewish patients did receive basic care from hospitals but not support for their religious needs. Hospitals did not provide kosher meals, refused to observe the Sabbath restrictions, and Jewish patients died without any comforting religious presence.

Aspiring Jewish medical doctors also found it difficult to enter the profession, often rejected from medical schools outright, or they faced bigotry in the form of restricted professional opportunities.

Pictured is the exterior of the original Sinai Hospital building, first known as the Baltimore Asylum for Israelites and later as the Hebrew Hospital of Baltimore. 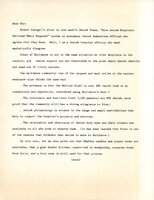 Dr. B. Stanley Cohen, president of Sinai Hospital, believed, even in the latter half of the 20th century, that a hospital grounded in Jewish principles was still necessary.

To address these concerns, the Hebrew Benevolent Society adopted a resolution in 1863 to build a Jewish hospital in Baltimore. Prominent Baltimore businessmen Samuel Ellinger, Jacob Hecht, and Henry and Levi Straus purchased the land for the new hospital for $2,100 in the same year.

From the beginning, organizers envisioned the hospital as a community hospital that could care for the Jewish population of Baltimore. Dr. Joshua I. Cohen, vice president of the Society, called the project, “our long contemplated work, the founding of an institution under the auspices of our Society, for the purpose of bringing additional comfort to the sick, poor and needy of our people.”

The ten-room Baltimore Asylum for Israelites opened on Monument and Ann Streets in 1868; the doctors treated 48 patients in its first year.

Building Up a Center for Care

Nineteenth-century hospitals were generally places for the chronically ill and indigent rather than places of inpatient care that could change the course of patients’ illnesses. Over the years, though, the Baltimore Asylum for Israelites (later named Hebrew Hospital of Baltimore and Sinai Hospital of Baltimore) developed capabilities that defined it as a source of care for those who could expect to recover:

In 1926, the same year that the hospital received full approval from the American Surgical Association, the hospital officially changed its name to Sinai Hospital of Baltimore. 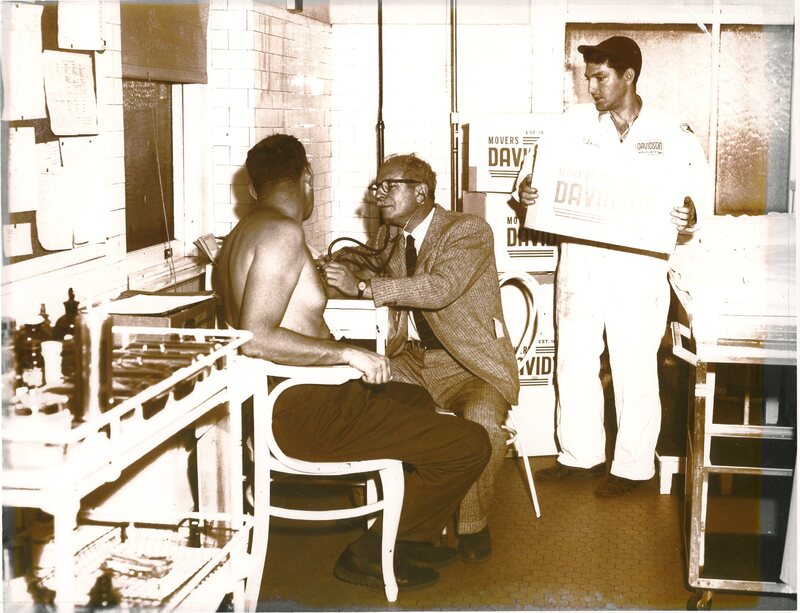 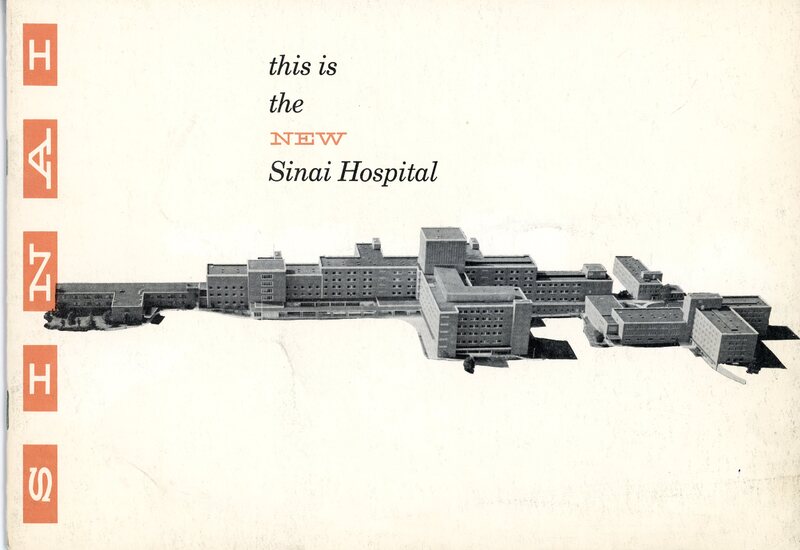 The new hospital allowed Sinai to pursue its goal of being a place of comprehensive care for Northwest Baltimore and beyond with a full-service medical center on one campus. 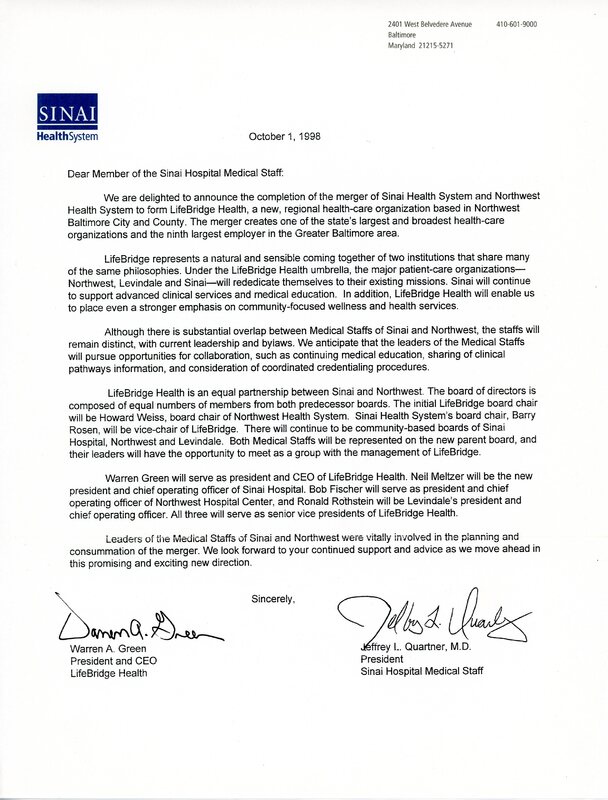 Because of consistent expansion of medical capacity and the migration of Baltimore’s Jewish population to the Northwest area of the city, it became apparent that Sinai Hospital would require a new facility in a new location.

In 1944, Dr. E. M. Bluestone, a physician at Montefiore Hospital in New York, submitted a report to the Associated Jewish Charities of Baltimore recommending a move from Monument Street to Northwest Baltimore, combining the functions of Sinai Hospital with the Mt. Pleasant tuberculosis hospital and the Levindale chronic care center into one new major hospital center.

The spirit of the Bluestone Report was carried out in 1959 when Sinai Hospital transferred its services to a brand new facility between Belvedere and Greenspring Avenues. The new hospital housed 483 private or semi-private rooms and over 600,000 square feet of floor space, with the initial ability to expand to 750 beds.

Now Sinai Hospital is the tertiary care academic medical center of LifeBridge Health, one of the largest networks of health care providers in the greater-Baltimore area. 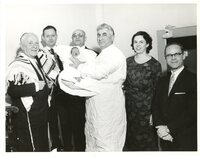 The first bris at the new Sinai Hospital, with a largely unidentified group. The man in the center is a moehl by the name of Kinnek. The family is unknown. 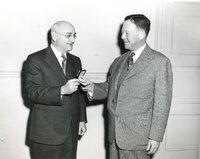 Hugo Dalsheimer (right), receiving the key to Sinai Hospital, from Abraham Krieger, the retiring president. Both men were leaders in Jewish philanthropy in Baltimore.

Ellen Zamoiski was the first woman to serve as chair of the Sinai Hospital Board of Directors.

In its first century, Sinai Hospital grew from a small hospital established for a neglected Jewish population, to a renowned center for total care in the region. 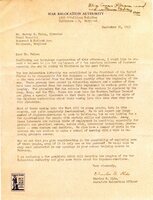 During World War II, the War Relocation Authority identified Sinai as a suitable place to assign Japanese Americans with training in hospital work. 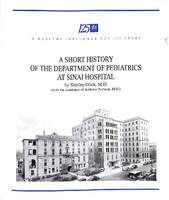 Over its first 125 years, the pediatrics department at Sinai went from having no full-time pediatrician on staff to boasting one of the most advanced pediatric care departments in the region.

Sinai Hospital became part of a diplomatic dispute between the U.S. and Soviet Union when Masha Balovlenko, the daughter of a hunger-striking Soviet man, was born. 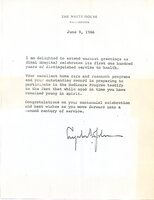 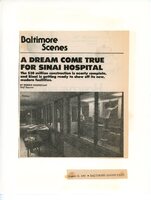 In 1981, Sinai completed construction on a $30 million construction project that included a larger emergency room, an expanded and modernized labor and delivery floor, a new nursery, and a one-day surgery center. 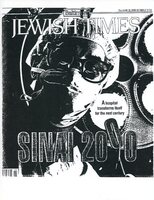 In 1993 Sinai began a $125-million revitalization of its facilities to prepare for the new millennium.

Sinai closed its nursing school because of its expense but continued to provide practical training at local colleges. 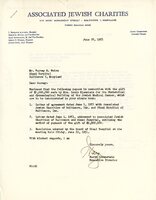 In 1951 Mrs. Louis Blaustein donated $1 million for the Obstetrical and Gynecological Building at Sinai. 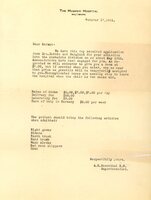 Patients received a letter from Hebrew Hospital outlining the fees for costs associated with child birth. Newborns stayed in the hospital for two weeks if they were without complications. 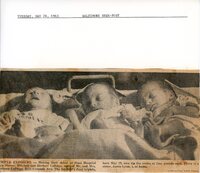 The Collidge triplets, born on May 19, 1963, were the first triplets delivered at Sinai Hospital. 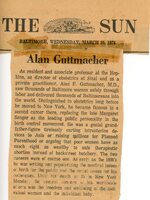 Dr. Guttmacher was a director of obstetrics at Sinai and succeeded Margaret Sanger as the leading voice in the birth control movement.

More From the Digital Archive